10 Important Differences Between Compound and Mixture

Mixture or Compound many think the same about these two! But here are some major differences between compound and mixture that will clear some confusion.

The mixture comprises two or more mixed substances, but neither chemically nor in an inaccurate amount, while the compound contains two or more chemically integrated elements and a fixed ratio.

The substance created chemically in a fixed ratio as a mixture of different elements is called compounds. Compounds are completely different substances, the properties of which vary from those of their constituent substances. 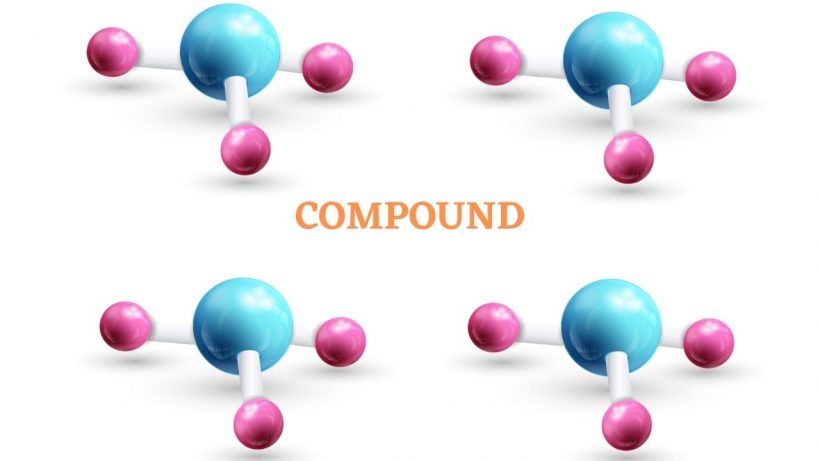 The compound is the fusion of different elements such that the chemical bond binds together the atoms contained in the elements which cannot be easily broken. Bonds are formed from the sharing of electrons among atoms.

Water (H2O), ethanol (C2H5OH), sodium chloride (NaCl), for example, are some of the typical compounds, made up of unique proportions of their constituents, which often have a chemical identity.

Molecular, acids, cations, anions, and binary bonds are the various bond forms. Many of these have distinct chemical identities and formulas. So, there are various forms of bonds:

A chemical bond in which a pair of electrons are exchanged between atoms is referred to as a molecular bond or a covalent bond.

A chemical bond in which the entire single exchange of valence electrons takes place between atoms is called the ionic bond.

It is a bond between metallic ions and conduction electrons that occurs as a result of electrostatic attraction.

Mixtures, including air, rocks, seas, and even the atmosphere, are all around us. Some have physical properties combined with the components and not with any chemical properties and not even in a defined ratio.

Therefore, we may assume that mixture formation takes place by the combining of two or more substances, but not in a defined proportion. This gives a brief introduction on the characteristics, now let’s find some differences between compound and mixture.

In mixtures, the chemical reaction does not occur, the fusion takes place physically. So, mixtures include atoms or molecules of two or three different forms, or at least one atom and one molecule.

No fixed melting or boiling point is required for mixtures. Via physical techniques such as filtration, decantation, distillation, mixtures can be isolated. Mixtures may either be heterogeneous or homogeneous.

These are called true solutions, as the constituents present in this type are spread all over evenly or similarly. Sugar solution, alcohol, and water mixing are some of the examples.

If the constituents in the mixture are not uniformly distributed, they are classified as heterogeneous mixtures. For example, (oil + water), a sulfur and iron mixture, gravel, etc.

In addition to the two above, the mixtures are further categorized on the basis of the type of particle size present there. They are solutions, suspensions, and colloids.

They contain nano-sized particles that are less than 1nm in diameter. The solution cannot be isolated by the process of decantation or centrifuge. Examples include dissolved oxygen in water, air, and gelatin.

The particles are so small in this solution that they are not visible by naked eyes and the particle size ranges from 1nm to 1mm.

The colloid solution shows the effect of Tyndall, and the decantation and centrifugation process will isolate the colloidal constituents. A few examples are blood, smoke, cream.

These are kind of heterogeneous in nature, showing the influence of Tyndall, too. The particles within it are sufficiently large and can be separated by centrifugation or decantation. A few examples are clay, granite, dust, or air contaminants.

Learn about the differences between mega bloks and lego here.

Differences Between Compound and Mixture

For example, Seawater, Crude Oil, Mineral Oils, Alloys (Brass, Bronze) are some of the mixtures while, Water (H2O), Hydrogen Peroxide (H2O2), Sodium Chloride (NaCl), Baking Soda (NaHCO3), etc. are some of the compounds. 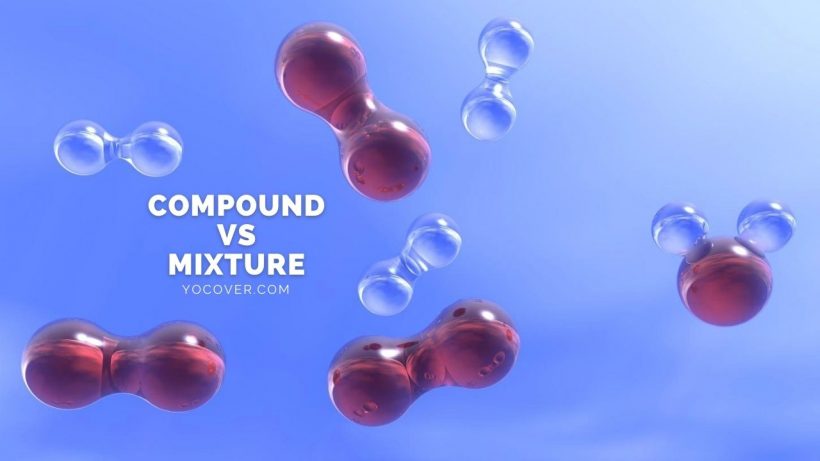 Anything that occupies space has mass and volume, as per the theory of classical physics, which is known as matter. It is also possible to categorize matter into two groups, mixtures, and pure substances.

Elements and compounds are made up of pure substances. We have taken the liberty to break down the differences between compound and mixture with this in mind. Have a look:

The table consists of all the differences between compound and mixture. The basic material is the elements and more can be divided into easier forms. There are two or three different atoms or elements in the compound; mixtures contain different substances, on the other hand.