The amount of pollution and the environmental degradation resulting in global warming has been a concern for the existence of human civilization.

As the perfect solution, encouraging renewable energies like wind energy, solar energy, and hydropower energy is widely accepted worldwide. In this crisis comes another source of renewable energy known as biomass energy.

The limited sources and the requirements need a wide range of renewable energy to replace the non-renewable energy sources. Many facts about biomass make it a viable and suitable option.

Biomass energy or bioenergy is energy generated from organic matter. Biomass is sustainable, economical, and very plentiful! Most biomass comes from living plants or has recently died and wasted. Biomass is the oldest form of energy in the world.

Biomass can produce heat or electricity in a way that is close to carbon-neutral over its life cycle. A few examples are forestry products, energy crops such as miscanthus or elephant grass, and agricultural products such as straw.

Let’s explore the process of producing fossil fuels, such as coal, oil, and natural gas, to understand biomass’s environmental benefits.

Carbon dioxide, or Co2, is absorbed by plants as they grow. Plants die, releasing carbon dioxide that remains trapped in the decaying vegetation.

For millions of years, these buried layers of vegetation have been compressed and transformed into coals, oil, or natural gas. As a result, carbon has been removed from the atmosphere and retained underground.

Biomass has been a constant energy source for humans ever since the evolution of life on earth, even when we were not yet aware of it. Humans have used biomass to cook food and supply us with energy in various forms to extend their life by burning fodder.

Even the discovery of fire through rubbing two stones together and stoking a fire is an excellent example of biomass being converted into energy, the simplest example of how biomass was utilized to supply energy to our existence.

This article will highlight some facts about biomass that you may have heard about or read about, or they might be completely new to you.

The biomass fuels extracted from plant waste, wood, or sewage sludge explain its abundance. Over billions of tons of biofuels can be generated around the globe each year.

Biomass is one of Europe’s growing renewable energy sources. All the fuel or sources used to generate energy in biomass production are organic or biodegradable waste.

Many industries can ferment carbohydrates found in biomass to create ethanol, producing several different types of alcohol. In both the alcohol and biofuel industries, biomass fermentation makes ethanol for the production of beverages.

The plant is located in SevernGorge and has a capacity of 740 MW! The fuel used in this biomass plant is wood pellets.

Today, biomass is a very attractive energy source due to its abundance globally. Many products are made from biomass used to construct homes, furniture, and many other items.

The leftover scraps from these projects are always disposed of in landfills. Those scraps can be used to create electricity, power, and other forms of renewable fuel; they can be used efficiently as an energy source we might not have otherwise.

5. Been source of energy for generations

It can be sold to create fuel if it’s not being used to produce power. Even when it isn’t used for energy, it can remove carbon dioxide from the atmosphere.

Researchers believe that human waste could be used as a renewable energy source. A device has been developed that generates electricity from human waste.

Developed by American researchers at Pennsylvania State University, the Microbial Fuel Cell uses bacteria to catalyze the breakdown of waste and release electrons.

The researchers at Penn State University developed a human waste-powered generator, showing that waste from 100,000 people can produce 51,000 watts of energy.

The biomass energy is extracted by burning the bio-waste or woods. The heat generated is used for heating homes or creating electrical energy. Burning wood to warm the house is also the type of biomass.

Methane gas is also one of the fuels which generate energy. When the organic material decomposes like wood pellets, leaves, animal or human waste, that stinky gas is energy.

From crops to animal fats to the trees, dead plants, and sewage, biofuel is everywhere. Ethanol is also the biofuel extracted from corn or sugar cane, used in numerous vehicles.

Biodiesel can be produced from veggie oils and animal fats. These biofuels, which are easily accessible with maximum utilization, will bring a cleaner and greener environment in the future.

10. Carbon neutrality is a potential benefit.

Biomass releases some amount of carbon but can be stored by the newly grown crops during their lifecycle. This process of capturing and storing carbon dioxide is known as carbon sequestration.

It is necessary to use sustainable practices and fast-growing biomass crops raised with environmentally friendly equipment. These facts about biomass explain why

11. Algae may unlock the future potential of biomass.

Algae fermentation can produce fuels that are ten times faster to manufacture than biofuels made from traditional agriculture crops such as soybeans or corn.

Algae fermentation has been demonstrated to produce fuels like butanol, methane, hydrogen, and biofuels for use in vehicles.

12. Good for the environment

The plants and leaves in the forest prone to wildfire risk are the best fuel for biomass production, minimizing fire risk. These materials store carbon and fuel for heat and power generation. 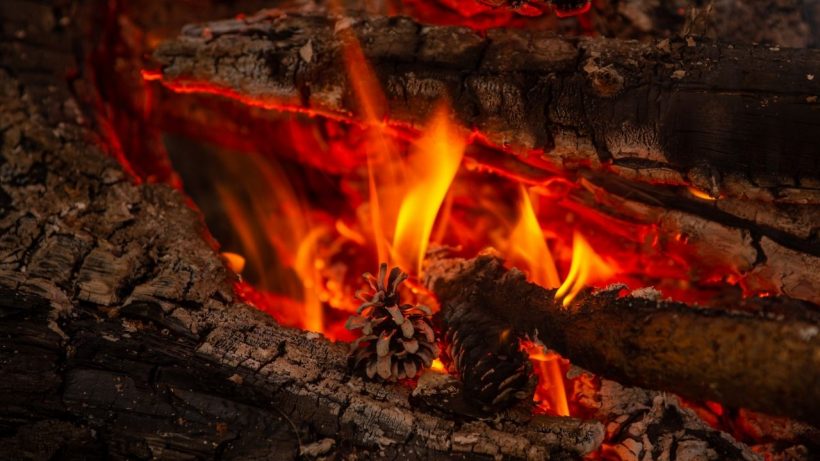 The wood pellets will replace high polluting coal at the power plants and give various products from papers to furniture. The mutual relationship with the environment is one of the major biomass facts.

The green energy produced by biomass can reduce acid rain since no mercury or sulfur is produced, along with few nitrogen emissions. In this way, biomass energy is possibly a more effective way to reduce smog and other air pollutants created by coal combustion.

14. Recycling at its best

Hundreds of tons of biomass are recycled to make electricity and other fuels each day. One hundred fifty tons of biomass recycled per day in Cedar Rapids, Iowa, can power approximately 4,000 homes.

Normally, these materials would end up in local landfills, but they are instead turned into something that everyone finds profitable.

To test the sustainability of biofuels in terms of ecology, society, and culture, the Roundtable on Sustainable Biofuels (RSB) developed a rigorous testing system. This global standard measure was developed in 2011, which calculates biomass energy production’s sustainability.

The plantation of crops and trees is essential for biomass production. So, these trees and plants prevent soil erosion as they send out the network of roots that hold upon the topsoil.

The fallen leaves or dead plants are enriched with nutrients like carbon and nitrogen, helping plants grow. These plants play an important role in preventing soil erosion.

The nutrients needed for the plants and trees are supplied by the soil via roots. These facts about biomass describe how it’s beneficial for the soil.

The profit gained by forestland owners has encouraged many owners to stay in the forestry industry. The production and process of biomass are convenient and cheap, bringing an economic boost in rural areas.

According to research, forestry supports over 2 million job opportunities in the U.S. The number of forestry owners has reached over 10 million by 2020, these facts about biomass state why they are important for the public welfare.

The above facts about biomass state why it’s important for the future: the biofuels required for biomass are all the waste materials found in day-to-day life like human waste, plants, and leaves.

The production of biomass crops will reduce soil erosion and increase plantation and forestation globally. A cleaner environment is a huge concern for the future.

More than 80% of people suffer from pollution causes or pollution-prone diseases in today’s world. Thus, these biomass facts are the perfect solution for a healthy and sustainable future.

Mostly the biomass production depends on the fast-growing trees and grass species. The farmers and the experts are working on trees species like poplar and eucalyptus and grass-like alfalfa and switchgrass.

Although biomass extraction is expensive, wouldn’t you rather have a healthier planet, even with the expense, than a cheaper energy source that pollutes the environment?

The use of biomass has many advantages to society, including reducing our dependence on fossil fuels, reducing landfill disposal, being easily available, and being an inexhaustible fuel source. It also has the potential to reduce greenhouse gas emissions.

15 Interesting Facts About Peacocks You Should Know