Chihuahua is one of the breeds of dogs. Chihuahuas’ first started their habitat in Mexico. Chihuahua dogs got named after the Mexican State of Chihuahua. They are also known as the oldest breed on the American continent.

They were not noticeable until American Kennel Club registered them as Chihuahuas in 1904. Some kennel clubs recognize them as the smallest breed. They are the smallest type of dog breed.

They are usually 15-25 cm in height and 1.8-2.7 kg in weight.  They mostly get attracted by most human beings. Despite their cute physical body, they are equally convenient to keep clean and well-groomed.

Chihuahuas are just animals to us but let’s dig deeper into their physical ability and behavior. The facts about Chihuahua that will help us know them better are presented below. 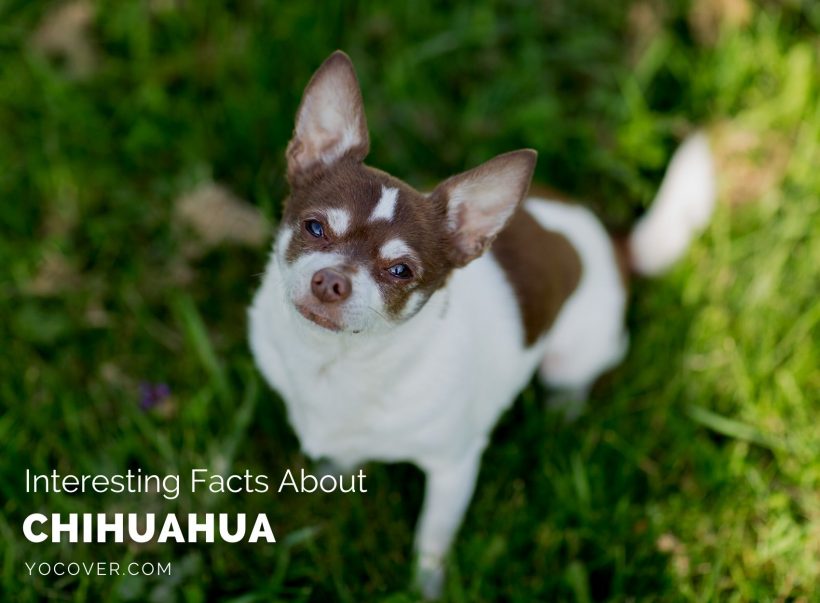 Since short-haired Chihuahua shed more hair, surprisingly, they need more care and trimming frequently. The hair shedding process is natural to dogs. It cannot be stoppable as humans can stop them from sweating or shedding off their dead skin cells.

However, Chihuahuas are light to moderate shedders compared to other dog breeds. To stop shedding, you might need a good brush, proper bath, treating allergy-related shedding, using lint roll on, etc.

2. Chihuahua puppies are born with Molera

Molera can be either in diamond or circular shape. The average size of Chihuahua’s molera can be 1/4 to 1 inch. Some Chihuahua has soft edge molera, whereas others have rough edges. These puppies are born with an incomplete skull.

3. Chihuahua can have up to four pups at a time

On average, a mother Chihuahua can give birth to four puppies at a time. Some can have between two to five puppies, whereas some can even have up to 10 puppies. According to the studies, the smaller the physical appearance and size of bogs, the fewer babies they will give birth.

Similar to other dog breed, Chihuahua moms get pregnant for 63 days. The color of Chihuahua puppies depends upon the coat color of their father and mother. These puppies are usually too small with thin coats. Due to their hair layer, Chihuahua puppies can be susceptible to extreme temperature, especially cold.

Dystocia is extreme abdominal pain and contraction that occurs for more than 30 minutes. The contraction occurs without the delivery of puppies. They will feel weaker as contraction exceeds up to 2 hours. If they feel the same pain, they might be in danger.

However, female Chihuahuas suffering dystocia can give birth to puppies after 4 hours of pain. Sometimes they also experience milk fever, known as eclampsia. When Chihuahuas have poor nutrition during pregnancy, they might suffer from eclampsia. 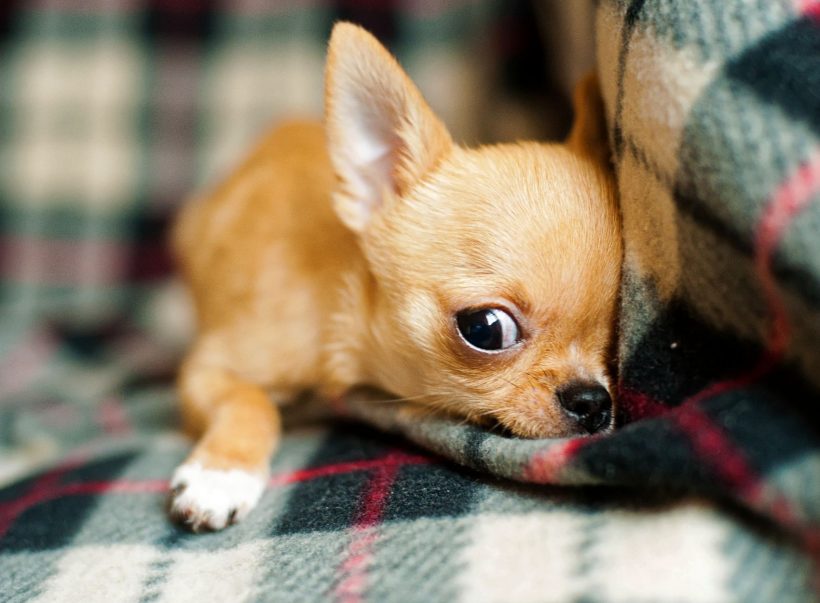 5. They also go through dental crowding

Similar to most of the dog, Chihuahua can also suffer from a dental disease like dental crowding. The situation affects 80% of dogs by two years old. Dental disease in Chihuahua may start up due to the building of tartar on their teeth. It will lead to infection of gums and roots of the teeth.

Also, dental crowding occurs where there is a mismatch in teeth to jaw size of dogs. It can also get caused by the early loss of teeth in the growing stage. Apart from those causes, the genetic imbalance between jaw and tooth size and the improper eruption of teeth can cause dental problems.

6. They have floppy ears

Chihuahuas are born with floppy ears. From the beginning of their life stage after they are born. Chihuahua’s ear’s cartilage starts to be firm and becomes straight without any assistance.

One of the noticeable factors of Chihuahua dogs is their floppy ears. It is distinct compared to other dog breeds. The ear becomes even more floppy when puppies reach to teething stage.

7. They can be aggressive

Even though Chihuahuas are small and seem to be less dangerous than other larger breed dogs. They can be arrogant and cause damage by biting others. Mostly, Chihuahuas cause damage biting children and older people if they get irritated by them. Like other dogs, they can be aggressive due to anxiety, to show dominance or territorial behavior.

8. They have a long life span

Chihuahua dogs can live up to 12-20 years. The longest living Chihuahua, known as Megabyte, lived up to 20 years. They live longer because they don’t get exposed to threatening illnesses like other dog breeds. They are strong and can fully sprint.

Chihuahuas are bold, intelligent, and are emotionally devoted to their people. They are also known as celebrity dogs as most of the celebrities across the world pet them. They are small in size, which makes celebs carry their pets wherever they travel.