13 Important Facts About Fishing We All Must Know

Fishing or ”angling” is the sport or business of catching fish, usually with rods, lines, or nets. It had been practiced for thousands of years, dating back to 2000 BCE.

Today, the global fishing industry is worth billions of dollars. Many facts about fishing have benefitted the country and hampered the marine ecosystem.

Fishing was originated as a means of food for survival and turned into a commercial activity in antiquity.

An estimated 520 million people’s livelihoods rely on fishing and fishing activities, and for about 2.6 billion people worldwide, fish is an essential part of their diet.

There are three major forms of fishing, either commercial or non-commercial. They are:

Commercial fishing refers to any fishing activities done for commercial profit, mostly from wild fisheries. This type of fishing is done in all kinds of water globally.

Other methods for commercial fishing include diving, harvesting shellfish, and fishing with line.

Commercial fishing carried out on a large scale is referred to as industrial fishing. Unlike commercial fishing, this form of fishing uses big boats worth a couple of millions of dollars, equipped with modern and efficient technology.

Recreational fishing is catching fish for sport, pleasure, or non-commercial purposes. These are generally not sold or exported anywhere. 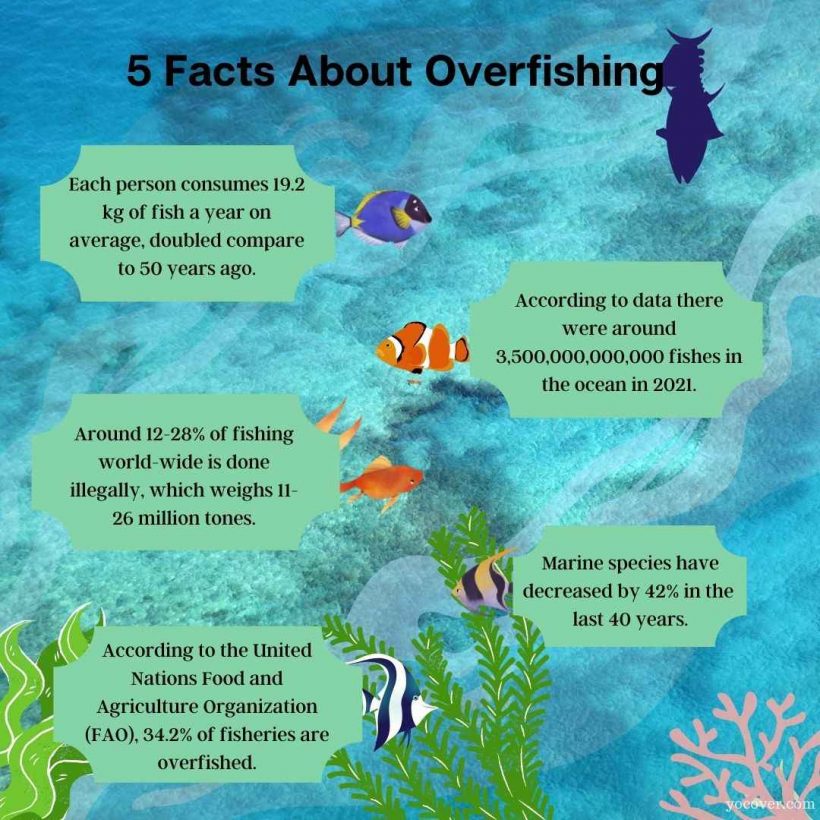 The multi-national and multi-billion fishing market is vital for global food security and nutrition strategies and has a huge role in eliminating malnutrition and hunger worldwide.

In 2020, fish provided 20% of the average per capita animal protein intake for 3.3 billion people! Let’sLet’s dive deeper and look into some interesting facts about fishing:

1. Bone, wood, or stones were the earliest fishing tools

Before the advent of fish equipment, people used their bare hands to fish from water bodies. However, this limited them to catch only the slow-paced species. So, people came up with more efficient methods.

The first fishing tool made was a gorge, a piece of wood, stone, or bone with two pointed ends and is secured- off-centered to the line. The gorge contained a bait that lured the fish into the trap. When the fish swallowed the gorge, it could not escape.

Over the years, people came up with various methods to catch fish, depending on the species and their types. Ranging from small-scale gear such as spear guns, small nets, and traps operated by hands to modern technologies that can track fishes deep below the sea’s surface.

Originally, Angler was the last name, but around 1500, it came to mean fisherman. Back in the 1400s, hooks were called anglers. Since fishers went fishing with hook and line, they were named ”anglers.”

But not all people who go fishing are called anglers. You are only called, so if you go fishing with a fishing line and a hook at the end. The anglers often use a metal rod and let the fish escape once they catch it.

According to worldatlas.com, there are about 33,600 fish species in the world and over 3,500,000 fishes in the world. Approximately 70% of the world’s species live in the largest ocean of the world, the Pacific Ocean.

You might be wondering how scientists can count the number of species and the number of fishes? They have various methods for quantifying fish populations, such as tracking and monitoring their trends.

Plus, with the help of the latest technologies like new artificial intelligence, GPS, drones, and autonomous sonar, the process is not as complex as it sounds.

However, this is still just an estimated number. According to nationalgeographic.com, about 80% of the ocean is still unexplored, unmapped, and has not even been seen by humans.

The ocean is still a mystery to us. A greater percentage of the moon’s surfaces and planet Mars has been studied than our ocean floor has.

4. The legend of sea

Greenland sharks are the longest-lived vertebrates with an average life span of 200 years. According to scientists, they are the longest living vertebrae with a recorded age of 400 years old.

The meat of these sharks is poisonous as they contain trimethylamine oxide, shortly known as TMAO. After destroying the TMAO molecules by fermentation, they are edible.

5. No fishing at the dead sea

The dead sea is a salt lake that spreads Jordan to the east and Israel to the west. This beautiful place is enriched with many natural beauties attracting many visitors.

After the evaporation of the freshwater, the deposit of dissolved salty minerals makes life harder for the larger creatures such as fish and frogs in the Dead Sea.

The salt concentration is so high that no living organism can survive in it. The surprising facts about fishing justify the quote: “No fishing at the Dead Sea.”

Some facts about fishing include its superstition and myth believed by the fisherman or sailors. Whistling was prohibited while the sailors thought it would challenge the wind and scare fish.

Fishing in the boat without a name was considered a bad omen. According to the legends, the sea keeps a boat record, and the renaming or no name would upset the sea.

Other facts about fishing explain the benefit as the conservation and study of the species is necessary for its preservation. The rockfish captured in Alaska 50 years before the Civil war is 205 years old.

The researchers kept track of the age with the growth ring in the fish’s ear bone. Scientists are still unable to find how they survive so long which mature and reproduce late in life.

The U.S. Fish and Wild Services state that about 28 million anglers fish, spending approximately $40 per day every year. The market of fishing is huge, and money flow in billions.

The total money flow in the expenses per year is around $42.2 billion, and the average time spent while fishing is 18 days per year. The market value of this fishing industry or fishing is astounding facts about fishing.

9. Overfishing in the ocean

The biggest threat to marine life and the ecosystem is overfishing in the ocean, where the imbalance has a larger effect in the long run. The overuse or abuse of the world’s ocean has to be stopped.

From every corner of the world, the fishes are being hunted and trapped for delicacy. Daily tones of fish are captured from the sea, leading to the extinction of some endangered species.

Comparing the marine ecosystem five decades ago, these facts about fishing will surprise you. On average, each person eats 20 kg of fish per year, and this data has doubled in 50 years.

In 2013, 93 million tonnes of fish were captured worldwide, so the number of marine species has declined by 39% as the warning signal for the abuse of the ocean and marine life.

It is estimated that illegal fishing costs up to $36.4 billion each year. According to animalequality.org, up to one in five internationally traded fishes come from illegal fishing.

While many species are already the victim of illegal trade, numerous protected species are also accidentally caught in fishing gear and end up on our plates.

About 20% of fish we consume is said to be illegally traded. There are numerous organizations to ensure the enforcement of stricter monitoring rules and combat the illegal trading of fish.

For instance, World Wild Fund (WWF) is a leading organization that works through TRAFFIC to combat these issues. They have numerous programs, such as the Seafood Import Monitoring Program, that address illegal, unreported, and unregulated (IUU) fishing products.

Due to its concealed nature, the trading of illegal products is still practiced. But the global supply chain is rather weakly regulated and complex.

Some marine animals suffering from this are Sea Turtles, Sharks, Vaquita, Whales, and Bluefin tuna. The unmanageable facts about fishing include the lack of authority to reduce or stop illegal fishing.

In recent years, the fishing industry has been using more plastics for manufacturing fishing gear. Most of these fishing nets, lines, and gears are discarded in the ocean, either accidentally or purposefully. These discarded gears, or ”ghost gears,”

According to a report by Greenpeace, ghost gears make up to 10% of the plastic waste in the ocean. Roughly 640,000 tonnes of ghost gear enter the ocean yearly.

These discarded gears make up to 85% of rubbish on the ocean ridges and seafloor in some specific areas leaving a bulk of debris that pollutes the ocean.

There are many reasons why these fishing gears are left abandoned, but these ghost gear’s problems stem up particularly due to illegal, unreported, and unregulated fishing (IUU) and overcrowded fisheries. These facts about fishing explain the ocean’s pollution connected to the economy and welfare of the country.

12. China is first in fish production

Thanks to their modern, efficient technologies and constant support from the government. The second-largest fish producer country globally is India, with about 6% of the total global production, followed by Indonesia, Peru, and the U.S.

These facts about fishing show the most populated countries in the world are the largest producer of fish.

According to research conducted by scientists and economists, there’s a high possibility of a fishless ocean by 2048. The main reason behind this brink of extinction of marine species is overfishing, climate change, pollution, and habitat loss.

Various fishing methods such as longline fishing and bottom trawling are also major contributors to this issue. The consequences of our actions are already being seen today.

These facts about fishing explain how we are hampering the marine ecosystem. Rather than knowing more about marine life as it’s vital for our purpose, we discuss how fishing is commercialized and the impacts on our society.