North America is the third largest continent in the world. Columbus discovered it in 1492 AD. It is, thus, named ‘The Continent of New World.’ It takes its name from Amerigo Vespucci.

North America’s language is complicated, but Canada and the U.S. can be defined by “Anglo-America” while “Latin America” includes Mexico and Central America and Caribbean countries and the entire South American continent.

English is the most spoken language in North America followed by Spanish and French. These languages were introduced in North America during the time of colonization as the settlers from Europe invaded.

Moving on to the facts about North America you will find every single one of the big biomes on the planet in North America! Tropical rainforests, grasslands, deserts, tundra, and coral reefs are among them. Most of the native languages and cultures have been destroyed during colonization. 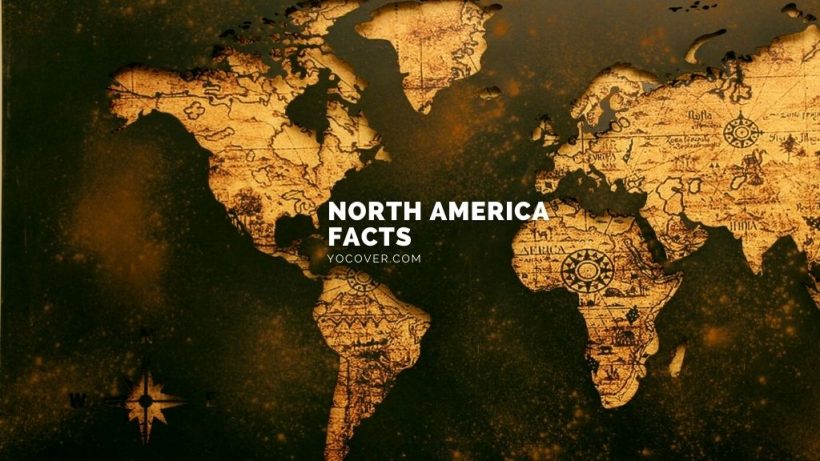 Here are some of the interesting facts about North America. Have a look:

1. North America is the 3rd largest continent in the world

The most fundamental fact about North America is that it is the third-largest continent after Asia and Africa in the world. A region of nearly 9.5 million square miles encompasses North America, and this is 16.5 percent of the total land area of the earth.

2. North America is named after an Italian explorer

Between 1497 and 1502, a group of Europeans, including the Italian explorer Amerigo Vespucci and two German cartographers, Matthias Ringmann and Martin Waldseemüller explored South America. Vespucci was the first European who felt that, as was previously believed, the Americas were not the East Indies, but a different landmass.

His German companions agreed to name the continent after him in honor of this; Waldseemüller wrote “America” on the South American continent on a map in 1507. He took the Latin version of Americus Vespucius initially but then preferred to use the American feminine form.

When we speak of the North American continent, we tend to think of its largest and most strong nation, the USA. Therefore, one of the most interesting facts about North America is that there are only 23 countries on the continent, along with hundreds more territories and possessions.  These include Canada, Mexico, Bermuda, Greenland, and all of Central America and the Caribbean countries.

North America has many fascinating facts about how native cultures evolved before European colonization. The continent was divided into informal areas of culture in which the way people lived was defined by the environment and geography of each region.

This includes the Maya Civilization, which was founded in 2000 BCE. In the south of Mexico and Guatemala, the Mayans constructed temples and pyramids and developed a complex calendar and writing system.

Later, the Aztec Empire also flourished, the capital of which was situated in the Mexico Valley. The alliance of three Nahua town states in 1428 formed this empire. These facts about North America show how rich its history was about culturally civilized people.

5. The continent is 1.5 billion years old

One of the most remarkable facts about North America concerns how old the land is. Cratons, the oldest and most stable pieces, typically located in the center of tectonic plates, are at the geological core of all continents. The craton is called Laurentia at the center of North America and was formed during the Proterozoic period.

North America was linked to other continents during many geological periods, including ancient Pangaea and Eurasia. Pangaea was a supercontinent situated in the Southern Hemisphere, covering much of the landmass of the earth. North America started to split into its own continent about 200 million years ago when Pangaea drifted apart.

When the Isthmus of Panama formed, about 3 million years ago, North and South America were linked. On the other hand, the Great Lakes is a relatively recent feature, as they result from glacial activity receding, which occurred around 10,000 years ago.

6. Europe colonized North America In the Period of Exploration

In North America, Spain, France, and Britain formed territories, and these territories hosted independence revolutions in the late 18th and early 19th centuries, most notably the American War of Independence. These protests have led to the formation of many countries.

Thirteen British colonies established the United States of America, while Canada resulted from a merger between the British and French territories. The invasion of the New World had devastating consequences for the local people.

One of the most tragic facts about North America is that this period saw the arrival to the Americas of European diseases, murdering huge portions of the native people. Moreover, brutal crashes and conflicts have led to the collapse of numerous aboriginal cultures.

This has culminated, along with direct human costs, in many language groups’ disappearance and the depletion of cultural information and folklore.

7. Mexico City is the largest city in North America

Many popular places could be discussed when it comes to North American city-related facts, from Toronto and Montreal in Canada to New York, Los Angeles, or Chicago in the USA, to name just a handful. However, Mexico City is the largest by population of all the urban centers on the North American continent.

There are an estimated 8.85 million residents in the city proper and over 20 million in the wider metropolitan area. Mexico City is Mexico’s capital and a significant global city. It is one of North America’s most important financial markets, with the region boasting a gross domestic product (GDP) of $411 billion in 2011. Mexico City’s economy is so massive that the city itself produces the same wealth as Peru as a whole!

8. North America has been populated for more than 15000 years

If you asked people for information about North America, many would note that in 1492, Christopher Columbus discovered the Americas. Some may also point out that some time ago, in the 11th century, Norse settlers arrived. Yet, scientists claim that the first indigenous peoples came to the continent about 15,000 years ago.

One of the most astonishing facts about North America shows us how remarkably complex the continent’s geography is. A biome is characterized as a plant and animal life population scattered over a large area of uniform climate. 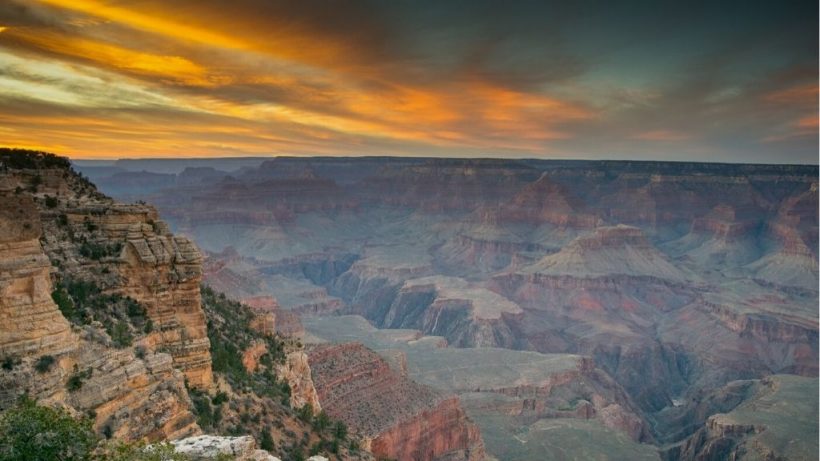 Unsurprisingly, with this diversity, the North American continent has many prominent and impressive geological features. These include the Appalachian Mountains and the Rocky Mountains, the Great Lakes, Niagara Falls, the Mississippi River, and many others.

10. North America has 965 species of mammals

When it comes to facts about North America, it is important to note the abundant and thrilling wildlife. There is an immense number of ecosystems that numerous mammals will feel at home in, from swampy wetlands to dry mountain ranges, and scorching deserts to lush farmlands, because there are so many biomes found on this vast continent.

That is why about 965 out of 5416 recognized mammal species on the globe can be found in North America. Tiny animals such as rodents, hares, squirrels, possums, and raccoons, and bigger ones such as deer, coyote, and beaver, are popular examples of such mammals.

Then, the most iconic mammals on the continent are the major cats like the bear, the wolf, and the cougar. An extraordinarily diverse number of inhabitants, including whales, dolphins, and sharks, live in North America’s oceans.

There are also interesting facts about North American Olympics. In total, the continent has hosted contemporary games 12 times. In 1904, St. Louis Missouri, USA, was the first time a North American country hosted the games. Since then, more than any other country globally, the U.S. has been home to seven other games.

The big events include the Lake Placid, Squaw Valley, and Salt Lake City winter games, and the Los Angeles and Atlanta summer games. The Olympics were also hosted several times by Canada, in Montreal, Calgary, and Vancouver, while the summer games of 1968 took place in Mexico City.

There are astonishing facts about North America regarding geographical features, but a special mention must go to Lake Superior, on the United States and Canada border. Along with the USA’s Michigan, Wisconsin, and Minnesota, Lake Superior is bordered by Canada’s Ontario.

This is the largest of the Great Lakes in North America, and by surface size, it is considered the largest freshwater lake in the world with a surface area of 31,700 square miles.

13. Mexico is one of the most earthquake-prone regions of North America

One of the best-known facts about North America is that a lot of seismic activity is located on the west coast, making it a high-risk earthquake region. Mexico has suffered from some of the most damaging consequences of this since buildings have been less well-designed as a poorer nation than its neighbor the United States, less capital has been spent in earthquake planning schemes, and so on.

This has contributed to some horrific realities in North America: an 8.0 magnitude earthquake swept through Mexico City in 1985, killing at least 10,000 people. An earthquake of 7.2 magnitudes struck the city of Guerrero in 2014, causing many casualties.

14. Death Valley experiences less than a cup of rainfall annually

In North America, there is a substantial disparity between the wettest and driest climates of the continent. In the Mojave Desert, California, Death Valley is the area that receives the least rainfall each year.

It is so dry that it can scarcely fill a cup with the normal annual rainfall, around 2.36 inches. And not only is Death Valley the driest region of the continent of North America, but it is also the hottest and the lowest, creating an exceptional atmosphere.

This is a list of amazing facts about North America. It includes the geographical, demographic, and cultural aspects of the continent and its history. Enrich with the natural heritages and various landscapes they attract lots of tourists.

18 Astounding Facts About Bees Hardly Ever Heard Of