Stephan Hawking is a strong-willed and brilliant personality whose life itself is the open-source of motivation and inspiration. Popularly known as the greatest theoretical physicists of the modern age.

The degrading health condition which couldn’t take away his passion and intellectual are some astounding facts about Stephen Hawking.

Stephen William Hawking was born on January 8, 1942, in Oxford, England. He was a theoretical physicist and cosmologist. He was born into a family of doctors. Education was always his and his parent’s priority.

He started his education journey at University College Oxford in 1959. Hawking was also an author and director at the center of theoretical cosmology, a department at the University of Cambridge.

Hawking received a first-class BA (Hons) degree in physics at the age of 17. Stephen Hawking later obtained his Ph.D. degree in Applied Mathematics, Physics majoring in cosmology and general relativity.

Hawking is a scientist who stands out today because of his enormous contribution to the field of cosmology, development, and the origin of the universe.

He also got well known as he used to appear on TV during his time on shows like Star Trek, The Big Bang theory, Last Week Tonight with John Oliver.

Despite his popularity, there are more facts about him that we need to know.  Let’s, delve into ten interesting facts about Stephen Hawking::

At the age of 21 years old, Stephen Hawking got diagnosed with amyotrophic lateral sclerosis. The nerve cells in the brain and spinal cord are affected ceasing a person’s movement by this rare neuron disease.

When Hawkings got diagnosed with ALS at the age of 21, doctors predicted that he would only live for a couple of years. However, he was strong enough and survived for more than 50 years.

Willpower and dedication are the most important facts about Stephen Hawking for his success while enduring such pain.

Hawking always wanted to write a book about the mysteries of the universe. He always wanted his logic to get connected with the public. However, after losing his ability to write and speak, it was difficult for him to fulfill his dreams.

Fortunately, he was able to forward the book with a speech synthesizer. Hawking received valuable assistance from students and drafted the outline with his editor in the United States via speakerphone.

A brief history of time got published on London Sunday Times Best Seller for about 237 weeks. Several other books related to his field and a series of science-based novels got published later.

When Stephan was in his thirties, his speech and voice were in bad condition. It got deteriorated gradually. His family members and friends couldn’t understand him.

At the age of 43, he got diagnosed with pneumonia that went bad later. Doctors even advised if his wife could turn off his life support.

However, Hawking’s family refused to do so. Doctors needed to carry out a tracheotomy that helped him to breathe. Tracheotomy involves a small incision into the windpipe. The process destroyed the little speech he had left. However, it saved his life.

Stephan Hawking was notorious and had a wicked sense of humor. He used to walk with sticks and crutches after his diagnosis.

However, later his illness got worse that led him to use an electric wheelchair to go around. Also, he used to drive a little too fast around the streets of Cambridge and ran over the students’ toes as well.

Also, he had a notorious and jolly personality. He was fond of bets over the serious scientific questions.

He lost lots of bets regarding science questions and theories. This is one of the funny facts about Stephen Hawking revealing his persona.

Hawking once got taken by a scientist named Peter Diamandis to experience zero gravity to make him float out from his wheelchair. It was one of his most wanted wishes that got fulfilled.

He experienced weightlessness outside of his wheelchair. Experiencing microgravity on a Zero-G flight, he described it as true freedom.

Hawking also said that “People who know me well could see the biggest smile on my face that day.” Hawking was also passionate about space exploration but couldn’t get a chance to reach space.

Even though Stephan Hawking loved science, he wasn’t interested in Biology. He used to say biology is too descriptive and inexact whereas, physics is more precise and well defined. His love for physics was profound.

Therefore he has contributed a lot in physics, from understanding gravity to cosmology and black holes. Nothing to be offended of, these facts about Stephen Hawking show his love for physics.

7. Speech synthesizer had an American Accent

His original speech synthesizer got built by a Californian-based company. He had a wheelchair. A space program was inbuilt in the wheelchair that helped him speak by using hand clickers.

A screen full of words and Hawking used to choose the words with the help of a clicker and convey messages. Later, unfortunately, he lost his arms move as well.

However, he used an infrared switch mounted on his glasses that produced words by detecting cheek movements. His world-famous American voice remained the same through all the upgrades of the machine.

These facts about Stephen Hawking will simply blow you away. How the technology evolved around him, and how he achieved all these successes is simply astounding.

8. Believed in the possibility of Aliens

In 2008, during NASA’s birthday celebration, Stephen Hawking was invited to speak. Stephan spoke on the subject related to the possibilities of the existence of the Aliens.

He also mentioned that humans should be aware of the exposure of Aliens because their life wouldn’t get based on DNAs, and we wouldn’t have any resistance to their diseases.

Yes, Stephen Hawking had two wives. He got married to first Jane Wilde and later to Elaine Mason. His marriage to Jane got presented and documented in his movie of Hawking’s life, the theory of everything.

The film has retold a love story between Hawking and Wilde beautifully portrayed by an actor Mr. Eddie Redmayne. He also got an accolade for best actor at the Oscars.

In 2007, Stephen Hawking published a children’s book named “George’s Secret Key to the Universe.” His daughter, Lucy, explains how the solar system works, asteroids, black holes, and other celestial bodies.

These facts about Stephen Hawking are surprising and mind-boggling. We all knew his intelligence level, but how he managed to cope along with all those problems and overcome them is unbelievable.

He is the ideal and legend of science and deserves to be. If you are fond of such a personality who revolutionized the modern era, facts about Steve Job will give you a better insight into his personal and professional career. 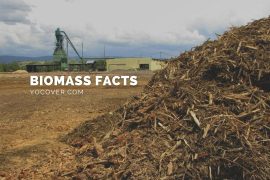