Superman has been the most popular character in comic books for decades. People worldwide remember his iconic “S,” which is displayed alongside some of America’s most patriotic symbols. In comic books, Superman has made a name for himself as a living embodiment of morality, reality, and justice.

Clark Kent has remained a bright spot in DC’s sometimes bleak universe, consistently bringing hope to those in his and our worlds.

Let’s take a look back at Superman’s long history to learn more about not only the hero but also the man. Have a look at these facts about Superman:

Superman was created by Jerry Siegel and Joe Shuster in 1933. Still, Superman didn’t make his comic book debut until 1938 when he was sold for $130 to DC Comics (then known as Detective Comics). That’s a deal even in 1938 dollars.

Superman is shielded by a bio-electric aura that renders him invulnerable and keeps his clothing intact. It’s a good thing, too, because he’d end up naked in more than one fight, and we need to protect the children’s innocence.

When it came to Nazis, Superman was not a popular figure among them because he was seen as a symbol of American propaganda during the war. If only America was always as welcoming to immigrants.

Superman can consume a Ph.D.’s worth of information in a matter of seconds thanks to his photographic memory and super speed. Yes, indeed. Is he, however, aware of it? Most likely. He’s the Superman.

5. The Insecurity of Baldness

Superman was originally envisioned as a bald telepathic villain hellbent on world dominance. The love child of Lex Luthor and Professor X.

Superman is not faster than the Flash, despite being able to travel faster than the speed of light in a vacuum. Even though they’ve raced before, Barry Allen reminds Kal-El that, in the end, “I allowed you to compete, and ultimately YOU CANNOT beat me in a race.” “Not now, and certainly not in the future.”

Since Superman lacks the environmentally mitigating speed-force aura, he is unable to move at his limit without causing catastrophic environmental harm, as would be the case if he were to travel at near-light speed. These facts about Superman and The Flash seems surprising as he cannot win The Flash in speed “not even in future”.

Kryptonite did not appear in the original comic books. It was developed for a 1940s radio show when the voice actor took a break, and they needed a way to justify his absence.

8. Grammar Nazis are not to be trusted

Superman battled the Ku Klux Klan on the same radio program. Unfortunately, Superman was never able to show them how to spell the word “clan” correctly. Unrelated fact: the editors of Hitler’s propaganda were simply “grammar Nazis.”

Superman’s first foe wasn’t Lex Luthor, but a telepathic ape known as Ultra-Humanite. To be honest, Ultra-Humanite sounds more like a luggage brand than a supervillain. Though these facts about Superman seem funny, yes, telepathic apes are the ones we are threatened by.

Superman doesn’t need to feed or breathe and can survive solely on solar radiation. Photosynthesis appears to be one of Superman’s abilities. He is a superhero who can compete with anyone and anything from any universe. So, these facts about Superman seem to justify.

12. For “Superman: Deadly Legacy,” UNICEF and the US government collaborated

It was a free Superman comic targeted at children living in places where landmines were still involved. The goal was to teach children to avoid these areas, but the plan backfired, leading many children to stand in mined areas, hoping that Superman would come to their rescue. Superman was idolized all around the globe, and these facts about Superman prove its impact.

13. Superman was threatened by a fan

George Reeves, the actor who plays Superman, was once threatened with a pistol by a young fan. By shooting a gun at the actor, the young boy hoped to put the superhero’s invincibility to the test. Fortunately, the boy was persuaded to put down the weapon after being advised that not Superman but others could be injured if the bullet bounces back.

Superman projected a miniature version of himself with all of his powers in a 1958 strip. Out of envy, he attempted to kill the little version but ended up sacrificing himself to save his Mini-Me.

Kryptonite came in several colors, each with its own collection of properties. Green kryptonite made Superman small, silver kryptonite made him high, and pink kryptonite was said to make Superman gay (AKA more fabulous). This is one of the facts about Superman that seems fantastic.

16. It’s conceivable that the Superman curse is true

Poor things have happened to actors who have taken on the part of the Kryptonian superhero. Christopher Reeve was injured in a horse-riding crash, and a baby who played Kal-El in 1978’s Superman died at the age of 14. It may be a coincidence, but still, these facts about Superman are real.

When the United States was secretly experimenting with nuclear weapons, a Superman issue was published, and Lex Luthor happened to be experimenting with an Atomic Bomb. The US government postponed the release of the story due to the gravity of the situation. These facts about Superman show how connected it was to the country’s issue.

Superman and Wonder woman were in a relationship. The two superheroes have had many children, including Lara and Hyperman, as a result of their numerous relationships in different universes.

20. Superman has appeared in many songs

“Superman and Green Lantern ain’t got nothing on me,” Donovan sang in the Billboard Hot 100 song “Sunshine Superman,” which featured the character in both the title and the lyrics.

These facts about Superman include the rough history and legacy of the character. How it started by just selling off to $130 and now billion dollars worth icon. All these consequences and the story made it alive and realistic all around the world. 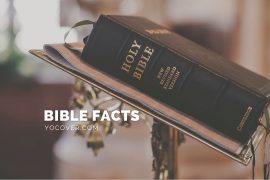 16 Fun Facts About The Bible 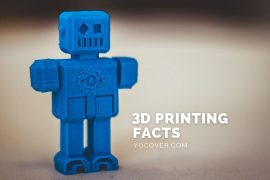 13 Interesting Facts About 3D Printing Will Blow Your Mind 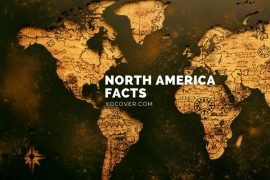