16 Interesting Facts About The Mayans

The Mayan Civilization was made up of an ethnic population from Mexico and Central America, the Maya people. Modern-day Yucatan, Mexico, and southward through Guatemala, Belize, El Salvador, and Honduras have been occupied continuously for hundreds of years.

The name Maya derives from the ancient Yucatan city of Mayapan, the people’s last capital before the mysterious collapse of their civilization in the middle of the previous millennium. Almost every event that occurred during this era should be included in facts about the Mayans.

A miscellaneous group of indigenous people who inhabited various parts of Mexico, Guatemala, El Salvador, Belize, and Honduras were the ancient Mayan people. They had trailblazing and advanced civilizations in the Western Hemisphere.

Mayan people migrated from the northern side of Mexico to live in Central America with various cultural values. The Mesoamerican people the Maya Civilization started from 2000 BC to 1539.

They left behind the proof of their creativity, skills, and techniques with many artifacts and buildings, beautiful cities, and structures. Mayans were intellectual and literate enough to develop their own written language.

This era is included with golden letters in the history of North America. The Maya Civilization is divided into three periods. The classic and pre-classic period, where they were simple farmers. Their life was hard, and they struggled to be a merchant.

The large-scale construction of monumental structures with intellectual and artistic development was seen in the pre-classic period. But by the end of the Postclassic period, they started trading freely with other Mesoamerican people of central Mexico.

Mayans were known to perform some unconventional methods for their physical appearance. They were obsessed with flatter foreheads, and mothers used a wooden plank to press the babies’ foreheads, mostly found in upper-class people.

The crossed eyes were considered nobility by the Mayan people. Mothers would swing objects in front of the babies’ eyes until they became cross-eyed.

The earliest Maya settlements date to 1800 BCE, known as the Preclassic period. During this period, they built the city of Mirador, one of the greatest cities ever built by Mayan people.

According to the Mayan calenders and scriptures, the sun, the moon, and the planet created the world on 11the August 3114 BCE. The calendars start counting from this date.

But how much do we know about that about them? The Mayans are one of the most fascinating civilizations ever existed on earth… precisely because mystery and controversy still shroud so much of their Civilization. 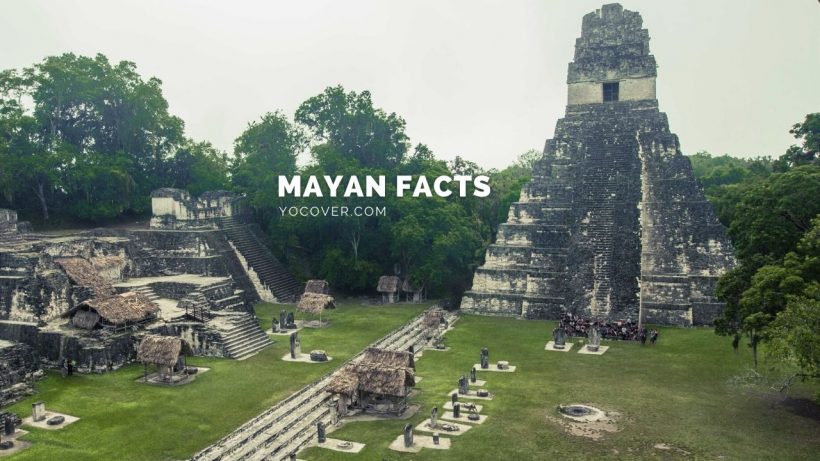 Here are some interesting facts about the Mayans:

1. Mayans’ pyramids and cities are still being explored

Mayans were skilled craftsmen and architects, still shocking the archaeologists with their art and monuments. Many monuments from the Maya Civilization are being discovered and examined.

They discovered a Mayan pyramid more than 1000 years old at Tonina in the Mexican state of Chiapas, which was concealed under the structure though to be a natural hill.

The researchers have recently exhumed the two Maya cities with dense vegetation in Mexico’s Campeche state. Thinking about their era and development, these facts about the Mayans are startling.

2. They saw their gods in the sky

The Maya people considered the sun, the moon, and planets as the celestial bodies or Gods. This might be the reason they were obsessed with astronomy and kept a detailed record of the movements of stars, sun, moon, and planets.

Mayans accurately predicted the eclipses, solstices, and other celestial events. They considered the movement of the solar bodies as the god moving back and forth between the heavens, the underworld, and the earth.

These celestial occasions were considered a sacred medium for communication with gods and directly connected many of society’s actions or rituals to the movement of particular stars.

Mayans were active in trades and had networks throughout Mexico and Central America. They were farmers and merchants who traded prestige items and subsistence items.

The subsistence items are the daily needed goods, foods, clothing, tools, and weapons. Prestige items include the accessories like bright feathers, jade, obsidian, and gold,

Mayans treasured the prestige item and were buried with feathers and jade in their dead body. The researchers found Mayan trading routes and networks by examining possessions of these items on the body.

4. They had kings and royal families

In Maya Civilization, the major cities had a king known as Ahau. These rulers or their descendent claimed to be the progeny of the sun, moon, or planets.

These kings who possessed the blood of gods were the mediator between earth, heaven, and the underworld, and their presence was most on the major and key ceremonies and rituals.

After the death of Ahau, his son is passed the rulership. But, in the Maya Civilization, some queens ruled the city-states.

The Maya were energetic and strong, showing off in sports and games. The game Pitx was staged in Chichen-Itza in Mexico. Players had to pass a rubber ball and get it into the high stone circular post without using their hands. 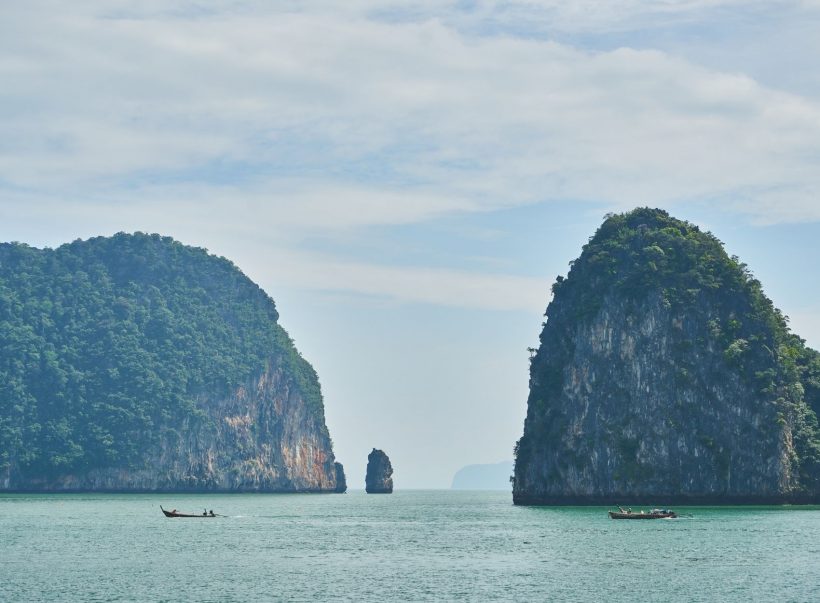 Players wore pieces of equipment and protection gears to shield their ribs, knees, arms, and genitals. This game was entertaining but had a brutal rule or ritual of human sacrifice after losing the game.

According to the epic text known as Popol Vuh, two brother deities beat the supernatural underworld lords, ending the suffering and the beginning of life on earth.

Mayans communicate with the spirits, and they intake hallucinogens and intoxicants to induce altered states of consciousness in healing rituals and religious ceremonies.

They performed the enema ritual or ingestion of alcohol and psychoactive substance along the rectal route to achieve intoxication and avoid vomiting. The several scenes of enemas are portrayed in Maya pottery in a ceremonial context.

The Maya Civilization had their healers and doctors, called shamans, and performed rituals and prayers for the healing process. They knew how to use medicinal herbs to cure diseases.

Shamans were treated as important people and lived in remote caves where patients had to travel a long way to attend to their grace.

They used hallucinogenic agents as pain killers during the rituals. The healing process and prosthesis are amazing facts about Mayans we never would know.

The Mayans built the hot bathtub-like structures of stones used for health and ritual cleansing purposes. These stone structures are called sweat houses.

The earliest known sweat house was first discovered at Cuello in northern Belize. Similarly, in sites like Tikal in Guatemala and Joya de Ceren, Maya village was buried in volcanic ash in El Salvador.

The use of the sauna-like structure for various purposes thousands of years ago is one of the amazing facts about Mayan.

Tatiana Proskouriakoff, a Siberia-born American, was the first archaeologist to crack Mayan handwriting. She was unable to get the job of being an architect. She started sketching for a curator at the Penn Museum in Philadelphia in the 1930s.

She was invited to attend an expedition to the Piedras Negras Maya site in Guatemala; without formal academic knowledge, she became a Mayanist in her own right. 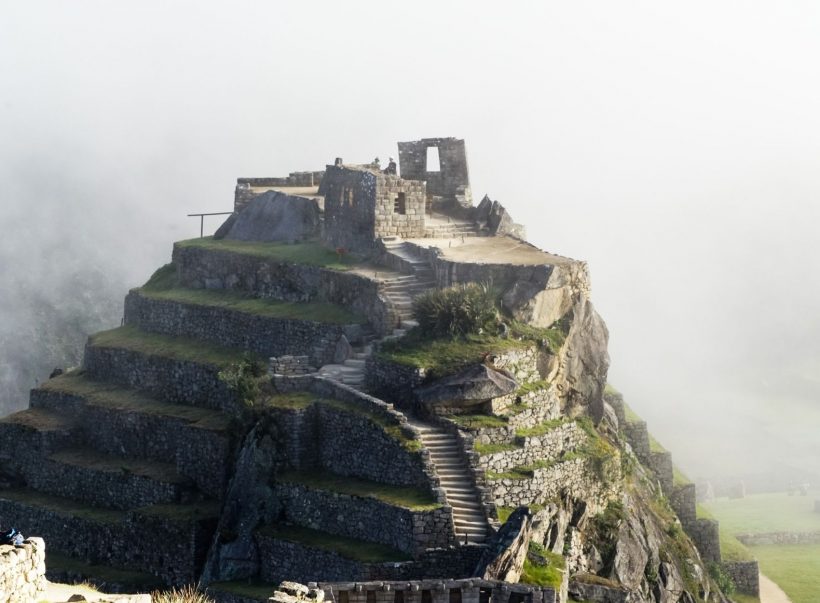 Until mid 20th century, there were no signs of deciphering Maya glyphs. In 1960 Proskouriakoff’s paper titled “Historical Implication of a Pattern of Dates at Piedras Negras, Guatemala was a shocking breakthrough.

She first identified that “upended frog” represented birth and their “toothache” glyph represented the date the king ascended to the throne, further revealing the birth and death time of the rulers of the Maya dynasty.

Maya developed their written language and books. The books were made up of sturdy paper fabricated out of fig tree’s inner bark and written in complicated hieroglyphic script.

The ancient Maya used complex glyphs to represent a complete word or syllable. Mostly the ones using the books were the priest class people. The jealous Spanish priest destroyed all the books after conquering the city.

Out of thousand, only three Maya codices remains, namely the Dresden Codex, the Madrid Codex, and the Paris Codex. Most of the books were damaged by the damp conditions of Mesoamerica, and the leftovers were intentionally destroyed by Europeans.

Late in the 20th and 21st centuries, the scriptures were collected after the extreme search and translated.

Chichen Itza is known as the treasure of ancient architecture as it was built by the Maya people of the Terminal Classic period. It was one of the largest Maya cities in Tinum Municipality, Yucatan State, Mexico.

Maya people believed in the stars, sun, and moon, positioning the building as they do nowadays using “science of architecture.” Still, the ruins of this monument are applauded for their proficiency, precision, and perfection.

The naming tradition of the newborns was based on their day of birth. According to the day, they had a name for boy and girl in their calendar. Mayans strictly followed their rituals with passion and dignity.

Mayans are known for systematic knowledge of agriculture as they thrive with a large population. They farmed cacao, pineapples, avocados, squash, and beans as the major crops.

Mayans loved drinking and were good drinkers. Blache was their favorite one made with fermented honey and blache tree bark.

Coffee was known more than 3500 years ago, but Mayans made the most of the cocoa to make a spicy beverage. According to evidence, Mayans manufactured cacao around 2500 years ago.

Cacao’s chemical signature was found in the Mayan ceramic vessels in Guatemala back in 600 BCE. Looking at their art and hieroglyphs, they drank cacao during all festivals and ceremonies.

Tattooing was common in the Mayan community. Both men and women used to carve some signs or elaborate designs on their bodies. Females used to save their faces and breast, whereas males tattooed after their marriage ceremony.

We all are aware of the outbreak about Doomsday of December 21, 2012, that went viral through the internet, as per the Mayan calendar.

But it never happened, the reason behind the miscommunication was the coincidence of the Maya’s Long Count Calendar of 5125 years, which was till December 21, 2012.

Mayans are considered one of the most fearful, intelligent, and rapidly growing civilizations in all human history. Their ability to adapt and most importantly to find the solution made them far more capable.