Osama bin Mohammed bin Laden is popularly known as the mastermind behind the 9/11 attacks in the United States which resulted in the deaths of almost 3,000 people and impelled the initiation of the War on Terror by the United States. 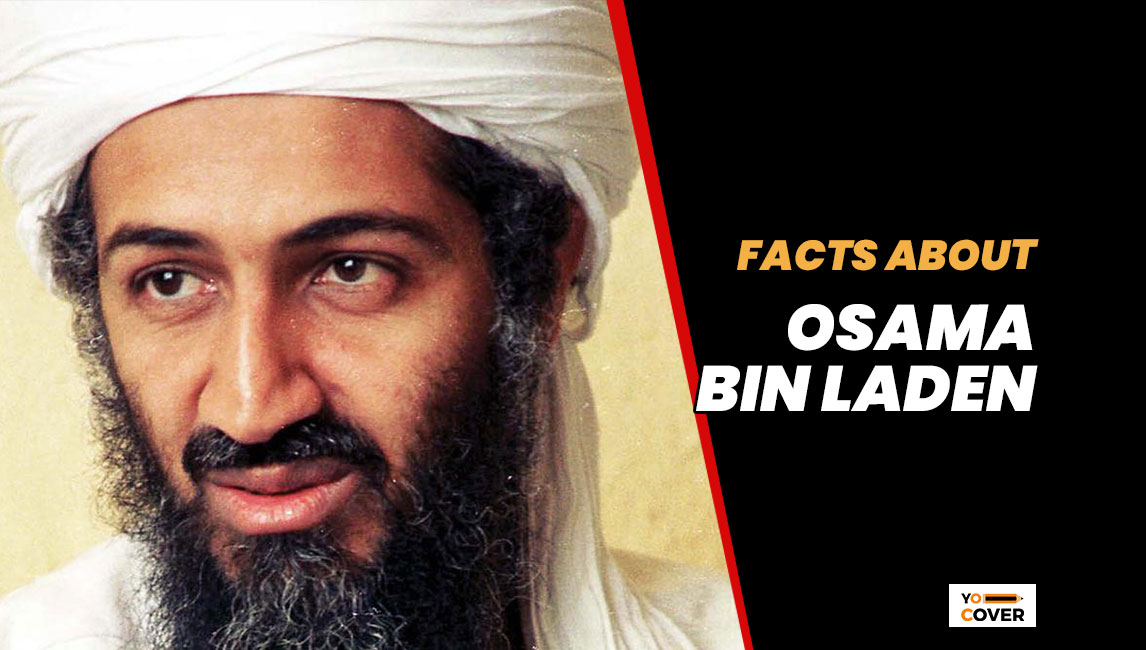 Also known as Usama bin Ladin, he founded the al-Qaeda, a pan-Islamic militant organization. From his birth in a wealthy bin Laden family to 1994, bin Laden was a citizen of Saudi Arabia.

Usama bin Ladin was born to Mohammed bin Laden and Alia Ghanem on the 10th of March 1957 in Riyadh, Saudi Arabia, and was educated as a university student there until 1979. Osama’s father was from Hadhramaut, Yemen, and a millionaire who founded the Saudi Binladin Group, a construction company.

In 1979, Osama left his university and joined Pakistan’s Peshawar Seven forces to fight in Afghanistan against the Soviet Union. Almost everyone knows of the misdeeds for which Osama bin Laden is infamous, but I bet many of you are unaware of most of the interesting facts about him. Some of the facts about Usama bin Ladin are briefly described below.

Being from a wealthy family, Bin Laden was admitted to a Saudi Arabian school, Al-Thager Model School, where he obtained a Western-style, elite education between 1968 and 1976. Some also say that Bin Laden went to a Quaker school for about a year in Lebanon. In 1979, while in Jedda, Saudi Arabia, he graduated from King Abdulaziz University with a civil engineering degree. As per some reports, Bin Laden attended Oxford in 1971 to learn the English language.

The Central Intelligence Agency (CIA), an intelligence service of the United States, back in the 1980s used to back radical Islamic groups, with Bin Laden’s group being among them. The CIA funded those groups with over $1 billion and provided them with numerous weapons during their fight in Afghanistan against the Soviet Union.

Bin Laden’s father was a wealthy tycoon and throughout his lifetime, through his construction company, the bin Laden family had amassed $5 billion. Shortly after the death of Mohammed bin Awad bin Laden, all his children received an inheritance from his wealth. In all, Bin Laden received about $25 to $30 million in inheritance from his father, which he channelled into jihadist activities in Afghanistan.

Bin Laden consistently criticized the alliance of the United States with Saudi Arabia because of which he was banished from Saudi Arabia in 1991 by its government. After the banishment, Bin Laden and his associates and followers of al-Qaeda repositioned themselves in Sudan with about $250 million in 1992 after first moving to Afghanistan immediately following his banishment.

The money they took to Sudan was used by them to grow their network of terror. However, Bin Laden remained a citizen of Saudi Arabia until 1994, when the government of Saudi Arabia annulled his citizenship and immobilized his possessions.

Osama bin Laden had several hobbies and favourites besides his organization. He showed interest in reading the works of several famous individuals including Charles de Gaulle and Field Marshal Bernard Montgomery, writing poetry, black stallions, and of course soccer. His favourite position while playing soccer was the centre forward and he was a fervent Arsenal F.C. fan. During his London trip in 1994, he visited their stadium twice.

In the 1990s, a Sudanese writer named Kola Boof in her statement was made a sex slave of Osama bin Laden. During their time together, she claims that Bin Laden would constantly speak of how fixated he was with Whitney Houston, an American actress and singer, and his desire to kill Bobby Brown, her husband, and marry her.

Several reports from associates and biographers proclaim that Osama bin Laden was a fan of the Westerns, including their culture, tradition, and clothing. This may explain why Bin Laden found wearing cowboy hats to be fascinating and wore them while inside the compound of his Abbottabad home. Due to his love for Westerns, he also possessed several horses.

He then married Khadijah Sharif in 1983 and separated from her in the 1990s. Thereafter, he remained married to three of his wives, namely Khairiah Sabar, Siham Sabar, and Amal al-Sadah until his death, whom he wed in 1985, 1987, and 2000 respectively.