The Second World War, also known as World War II, was a conflict that involved almost every part of the world during the years 1939–1945. The main warring parties were the Axis powers: Germany, Italy, and Japan and the Allies: France, Great Britain, the United States, the Soviet Union, and to a smaller extent, China.

The war was, in many aspects, a continuation of the conflicts left unsettled by World War I, following an unpleasant 20-year absence.

Many major incidents took place between the years 1939-1945, some countries changed their allies, and others enforced their military power, and some remained out of the quarrel.

The 40 to 60 million deaths in World War II made it the bloodiest battle in history and the biggest war. In conclusion, the summary of world war II ends with the death and fall of Hitler’s Germany.

World War II, along with World War I, was one of the major watersheds in the geopolitical history of the 20th century.

World war II can be summarized through the given points below:

In late August 1939, the German-Soviet Nonaggression Pact was signed by Hitler and Soviet leader Joseph Stalin, inciting a frenzy of concern in London and Paris.

The agreement with Stalin meant that once he invaded Poland, Hitler would not face a series of battles and would have Soviet help in conquering and dividing the nation itself.

On September 17, east Poland was invaded by Soviet troops. Poland fell rapidly under attack from both sides, and by early 1940 Germany and the Soviet Union had split power over the country, according to a secret agreement annexed to the Nonaggression Pact.

Stalin’s troops then pushed to occupy the Baltic States (Estonia, Latvia, and Lithuania) and defeated a Finnish-Russian resistance. In the six months following Poland’s invasion, the lack of intervention on Germany and the Allies in the West led to talk of a “real war” in the news media.

2. The Battle of Britain

German aircraft bombed Britain rigorously throughout the summer of 1940 to pave the way for an amphibious invasion, including night raids on London and other industrial areas that caused heavy civilian casualties and damage.

In the Battle of Britain, the Royal Air Force eventually defeated the German Air Force, and Hitler delayed his plans to invade. With Britain’s defensive resources pushed over the edge, Prime Minister Winston Churchill started receiving crucial U.S. aid under the Lend-Lease Act, approved by Congress in early 1941.

In the late summer of 1940, Germany launched yet another attack on Britain, this time from the air alone. The Battle of Britain was Germany’s 1st military defeat, and as the Luftwaffe, the German air force never managed to conquer Britain’s, Royal Air Force.

At the same time, Germany invaded Norway and occupied Denmark on April 9, 1940, and the war officially began. On May 10, German forces swept through Belgium and the Netherlands in what became known as the “blitzkrieg,” or lightning war.

Three days later, Hitler’s troops crossed the Meuse River and attacked French forces at Sedan, situated on the northern end of the Maginot Line, an intricate series of fortifications built after World War I and considered an impenetrable barrier to the defense.

The Germans broke through the line with their planes and tanks and moved to the rear, rendering it useless.

The British Expeditionary Force (BEF) was evacuated from Dunkirk by the sea in late May, while they established a futile resistance with the French forces in the South.

With France on the brink of collapse, Italy’s Benito Mussolini put his Steel Pact with Hitler into action, and on June 10, Italy declared war on Britain and France.

France was subsequently divided into two zones established at Vichy France, one under German military occupation and the other under Petain’s rule.

Then, Hitler focused his back on Britain, which had the defensive benefit of being isolated by the English Channel from the Continent. By early 1941, Hungary, Romania, and Bulgaria had joined the Axis, and German forces overran Yugoslavia and Greece that April.

Hitler’s overthrow of the Balkans was a forerunner of his true aim: an invasion of the Soviet Union, whose vast territories would give the German imperial race the “Lebensraum” it required.

By early 1941, Hungary, Romania, and Bulgaria had joined the Axis, and German forces overran Yugoslavia and Greece that April.

Hitler’s overthrow of the Balkans was a forerunner of his true aim: an invasion of the Soviet Union, whose vast territories would give the German imperial race the “Lebensraum” it required.

The other half of Hitler’s plan was to exterminate the Jews from all over occupied German Europe. Plans for the “Final Solution” were initiated at the time of the Soviet war and will kill more than 4 million Jews in the death camps of Poland over the next three years.

Hitler ordered an invasion of the Soviet Union on June 22, 1941, code-named Operation Barbarossa. Although the Germans were largely outnumbered by Soviet jets and tanks, their air technology was largely obsolete, and the impact of the surprise invasion helped Germans reach Moscow by mid-July within 200 miles.

Hitler’s arguments with his commanders postponed the next German advance until October, when a Soviet military operation and the onset of harsh winter weather stalled it.

On December 7, 1941, the pacific war began when Japanese warplanes launched a surprise Pearl Harbor attack on the US Marine Station, Hawaii.

Japan had been at war with China for several years and seized Manchuria’s Chinese territory by this time. Japan launched a major expansion program in the Southeast Asia – Pacific area following the Pearl Harbor attack.

After a long series of Japanese successes, the U.S. Pacific Fleet won the Battle of Midway from June 3-6 of 1942. The victory proved to be a turning point in the war in which Japan suffered a catastrophic defeat.

The Allies also prevailed against Japanese forces in a series of battles on Guadalcanal, one of the southern Solomon Islands, from August 1942 to February 1943, helping turn the tide back into the Pacific.

Armed naval forces launched an aggressive counterattack against Japan in mid-1943, including a series of amphibious attacks on main Japanese-held Pacific islands starving them to death.

This strategy of “island-hopping” proved to be successful, and Allied forces moved closer to their ultimate goal of invading the Japanese home.

On the Eastern Front of World War II, the bloody Battle of Stalingrad began with a Soviet counter-offensive launched in November 1942, which had seen some of the fiercest fightings.

In addition to limited food and medical supplies, the arrival of winter marked the end for German troops. The remaining surrendered on January 31, 1943.

Celebrated as the “D-Day,” on June 6, 1944, the Allies began a major European invasion, dropping 156,000 British, American, and Canadian troops on Normandy beaches in France. In reaction, Hitler poured all of his army’s remaining power into Western Europe, guaranteeing eastward defeat for Germany.

Soviet troops soon marched into Czechoslovakia, Poland, Romania, and Hungary during the Battle of the Bulge (December 1944-January 1945). Hitler mobilized his forces to push the Americans and British back from Germany. It was the last major German offense of the war.

Intensive air bombings in February 1945 preceded the Allied invasion of Germany. By the time Germany formally surrendered on May 8, the Soviet forces had occupied a large part of the country. At that time, Hitler was already dead in his Berlin bunker. He died of suicide on April 30.

At the Potsdam Conference,1945, U.S. President Harry S. Truman, Churchill, and Stalin discussed the ongoing war with Japan and the peace treaty with Germany.

Post-war Germany will be divided into four zones of occupation to be administered by the Soviet Union, the United Kingdom, the United States, and France.

On the divisive question of the future of Eastern Europe, Churchill and Truman agreed with Stalin that they needed Soviet cooperation in the war against Japan.

Heavy losses from campaigns of the Iwo Jima in February and Okinawa in April-June of 1945 and fears of even more expensive land invasion led Truman to approve using a modern and destructive arsenal.

Developed during a top-secret operation called The Manhattan Project, they deployed the atom bomb at the beginning of August in the Japanese cities of Hiroshima and Nagasaki.

By the end of 1945, Japan’s victory was converted to defeat, and the Allied powers were closing in on Japan’s home islands. The Allies launched heavy missile strikes against major Japanese cities, including Tokyo when Japan advanced.

This process was continued through the summer of 1945 until the United States finally dropped two Atomic Bombs in Hiroshima and Nagasaki in August. Stunned by the unforeseen devastation, Japan surrendered within days.

The Second World War proved to be the world’s most dangerous conflict in history. It killed 60 to 80 million people, including 6 million Jews who died at the hands of the Nazis during the Holocaust.

Citizens were believed to have killed between 50 and 55 million people during the war, while the army accounted for between 21 and 25 million of those lost during the war. Millions more were wounded, and their homes and properties were lost even more.

In conclusion, a summary of world war II briefly states the clash of the powerhouses to show their superiority and the need to gain power and resources. The end result devastated many families, homes, lands, and countries. 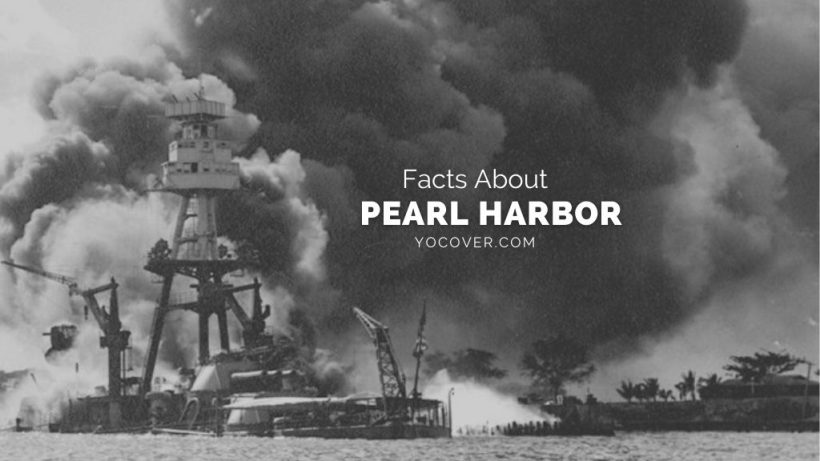 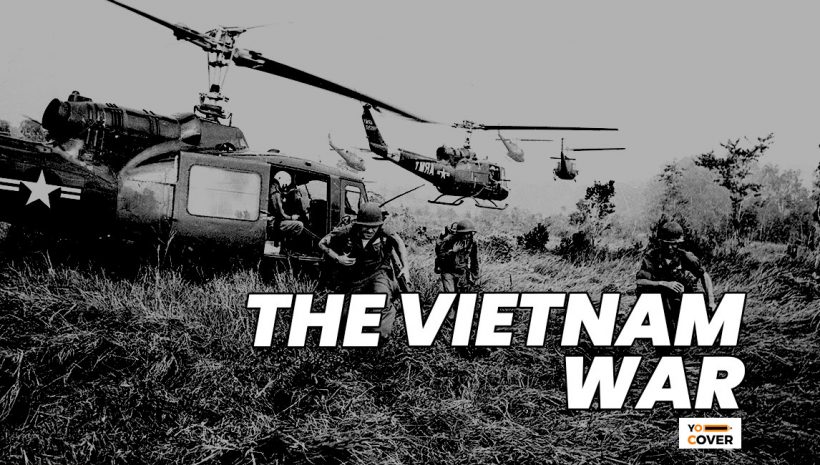