Have you ever heard about the existence of the white lion? If no, then you are in for a big surprise. White lions do exist. White Lions are the lions that have a true white colour.

The white lions are not albinos, as the white colouration is due to some colour mutations which is a very rare type of gene mutation.

The white lion is a result of a genetic rarity, a recessive gene that is responsible for white colouration in furs. White lions are believed to be natives to the Timbavati region of South Africa. White lions were first reported in 1938. However, they first came to public attention in the 1970s. White lions aren’t pure white, and that’s why they are also referred to as blond lions.

The white lion is not subspecies of lion White lion belong to this particular subspecies of lion, Panthera leo krugeri, known as the Southeast African Lion. So these animals are also referred to as African white lions. White lines have also been hunted to extinction in the wild but now they have been reintroduced to their natural habitat by Global White Lion Protection Trust (GWLPT).

That is why most of the white lions are settled in zoos/captivity. Some tribes in Southern Africa revered White Lion as sacred beings because of their majestic colouration.
Let’s find out some interesting facts about White Lion:

Panthera leo is the scientific name for a white lion. Male white lion weights up to 530 pounds and female up to 400 pounds. Their average lifespan is about 18 years. The male white lion is up to 10 feet long and 4 feet high and up to 6 feet long and 3.6 feet for females. In their natural habitat, white lions are just as much of an apex predator as wild tawny lions.

White lions are native to southern Africa. They are indigenous to the Timbavati region in southern Africa. Savannas, woodlands, and desert areas are the natural habitat of a white lion. Due to excessive hunting, they went extinct once but are currently protected at the Central Kruger Park in South Africa.

The Global White Lion Protection Trust (GWLT) initiated a world-first re-establishment of white lions within their natural habitat in 2004. The first white lion cub was born in 2006 using a selective reintroduction technique. The white lion has been successfully introduced into certain areas of the wild.

Lions typically kill their prey by strangulation and the pack consumes the carcass at the site of the kill. The pack patiently stalk the prey and attack at the right moment. The study suggests that white lions are equally apex predators as those of tawny lions.

Albinism is a disorder characterized by an absence of pigmentation in the skin, eyes, and hairs. The white lion varies in colour from blonde to near-white and even red. A white lion possesses a genetic condition known as leucistic. Because of the leucism, pigmentation is lost in fur but is present in the eyes.

White lions have normal-coloured eyes, lips, and paw pads, unlike albinos. Some of them also have blue eyes. The white colour is the result of the recessive gene. This proves that white lions are not albinos. Some scientists also claim that this condition is in the lions living in the Timbavati area.

A white lion reaches sexual maturity between ages three and four. As of now, most of the white lions are in captivity, so they are bred in there. A lioness usually gives birth to 2-4 cubs. In the wild, they mate once in every two year but in captivity, they are made to made once a year.

A cub is born white only if both of its parents carry the recessive ‘white’ gene. Because of the genetic condition known as the recessive gene, the young ones produced by a white lion may be tawny as well as white. So these lions may have a coat colour that ranges from pale blond to almost pure white. Lion’s cubs are born blind and dependent on the mother for the first two years.

6. The Population of the White Lion

A white lion is not separate subspecies rather it belongs to one of the subspecies known as African White Lion. The coat colour of a white lion is due to some rare mutation. Because of this reason, the number of white lions is very less. Most of them are kept in captivity or zoo and few are in the Timbavati region, their ancestral homeland.

There are around 100 white lions kept in captivity and 13 in the wild. The reason behind keeping them in captivity is to promote inbreeding and are not quite safe in the wild. Global White Lion Protection Trust is an organization that is responsible for reintroducing these lions to their native habitat and is protecting white lions from extinction.

It is also said that white lions are not fit for wildlife due to their white coat. Because white colour doesn’t provide the camouflage necessary for survival in the wild. However, this doesn’t turn out to be true as it lacks any scientific basis. But the white coat colour could be a disadvantage, as far as hunting is concerned. The study suggests that white lions are equally apex predators as those of tawny lions.

8. It is an Endangered Species

Since their discovery in 1938, white lions have been hunted and forcefully removed from their natural habitat. There are but few adult white lions remaining in the natural wild habitat as their existence is highly at stake. The biggest threat to white lions is uncontrolled trading and hunting of lions.

Global White Lion Protection Trust (GWLT), initiated a world-first re-establishment of white lions within their natural habitat in 2004. Since then many white lion cubs have been born in the Timbavati Private Nature Reserve and the Nwanetsi Area of Kruger National Park. This proves that the recessive gene is still present in the wild population and the white lion is a natural occurrence.

White lions have significant cultural importance to the local Sepedi and Tsonga of the Greater Timbavati/Kruger park region. White lions are considered sacred in these communities. White lions are symbols of leadership, pride, and royalty, and are viewed as national assets in countries like Kenya and Botswana.

Leucistic is a genetic condition that causes white lions to have less melanin or other pigments than other non-leucistic animals. Melanin is a group of dark pigment found in skin, hair, fur, and eyes. A very rare gene known as the recessive gene is responsible for leucism that causes the lion to lack dark pigmentation in some area but retains pigmentation in eyes, paws, and nose. Leucistic animals are different from albinos. 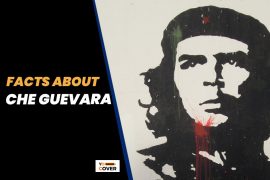 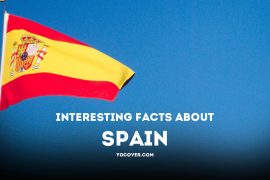 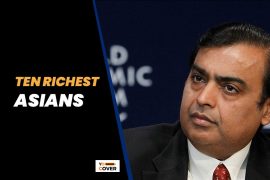 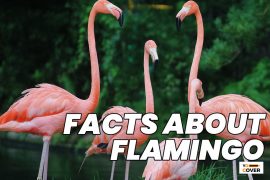